Willing & Able (Behind The Song)

I wrote this song during a season of uncertainty. My wife and I had recently moved back to the US after living in Thailand for two years and there were a lot of questions around where to live, what jobs to take, how to regain a sense of purpose. It was a time that made it challenging to write with any level of clarity. “Willing & Able” is a love song to my wife. It’s an earnest expression of commitment even in the seasons of life where you can’t find the words to say what’s in your heart. I’ve found that there is great joy in seeing those times through to the end and in the hope that emerges afterward.

Notes
* This is the oldest song on the record. It was written in May 2015.
* I finished writing everything but the bridge for this song in one evening.

Read the lyrics for “Willing & Able”

Red Paper Heart (Behind The Song)

There is something about that feeling of a childhood crush that’s still relatable as an adult. It’s an exhilarating rush of emotions that drive you to do crazy things. It’s the persistent desire to tell someone that you’re falling for them and the fear of finding out they don’t feel the same way. “Red Paper Heart” is the inner monologue of a love-struck individual working up the courage to tell someone how they feel. It’s also the celebration of a starting point – the serendipity of two hearts being drawn to each other and their choosing to take a risk in hopes of finding a love that burns bright and long.

Notes
* This song was written during a month-long songwriting project in February 2016.
* I set out with the constraint of writing a Valentine’s Day-themed song that wasn’t… too sappy.

I really enjoy a great love story, especially one that revolves around love that has stood the test of time. My great-grandparents had one of those stories. They fell in love young, traveled the country together, raised a family, and watched their grandkids and great-grandkids grow up. Through it all, they had a love for each other that was deep and unshakable. I wrote this song from the perspective of my great-grandfather, Kenneth, as a love letter to my great-grandma, Chelue. It revisits some of the memories they shared and celebrates their full life together.

Notes
* The organ part near the end of the song is a nod to the organ that sat in my great-grandparents dining room.
* I loved “playing” that organ as a kid – flipping the switches and experimenting with different sounds.

Read the lyrics for “Chelue”

City Folks (Behind The Song)

I live two hours north of Boston and, like many Northerners, I enjoy going into the city for an evening or day trip. I like to watch people do life in an environment that’s very different from my own and romanticize about living in their world. “City Folks” is meant to capture the feeling of being in love with the idea of the city. It’s a “grass is always greener” look at city living and a reminder of the satisfaction found in appreciating what you have.

Notes
* The city sounds heard at the beginning of the song were captured in NYC, Boston and Chiang Rai (Thailand).
* The rain sounds in the background of verse three were captured from my back porch in Derry, NH.

Read the lyrics for “City Folks”

Airport Song (Behind The Song)

Whether it’s for a few days or a few months, saying goodbye to someone you love is hard. One of the worst parts is that sinking feeling that the time apart is never going to end. It’s a feeling that follows you home from the airport and clings to you like an itchy sweater. “Airport Song” is about the pain of knowing you will be apart and the anticipation of being together again.

Notes
* This song was written after dropping my wife off at the airport for a month-long trip.
* The “I’ll be counting down the days,” line from chorus was based on my actual countdown during that month.

Read the lyrics for “Airport Song”

Sunbeam (Piper’s Song) – Behind The Song

My wife and I welcomed our first child into the world this January. Her name is Piper and she is such a blessing to our family.

Even before she was born, it was fun to dream about what her personality would be like and the impact she would have on the lives of others. I was excited to write music inspired by this beautiful little life. My goal with this song was to capture the feeling of warmth and joy that Piper brings to our family.

The song “You Are My Sunshine” is particularly special to me and was a major influence in the direction of this song. I’ve always used “my sunshine” as a term of endearment for my wife. It communicates what I love most about her – the ability to shift my focus from the anxiety of the day to gratefulness for things I typically take for granted. When we got married, my wife had my wedding ring inscribed with the phrase “Always your Sunshine” as a reminder of that special part of our relationship.

Piper has a way of evoking a similar feeling by turning the worst days around with her vibrant personality. Even though she isn’t old enough to know what it means to make someone happy or cheer them up, she certainly has a natural talent for it. There is something so disarming about her smile that makes you forget about everything else.

To say these first four months of parenthood have been crazy would be a giant understatement. However, they have been filled with many tiny moments of smiles and laughter from our little joy factory. There are always rough days, but I’m grateful to have Piper in our lives to be a joy-bringer and I hope we can do the same for her.

I hope you enjoy listening and I really hope this song reminds you of someone that brings warmth and joy to your life.

Be the first to know what’s happening. You’ll also get: 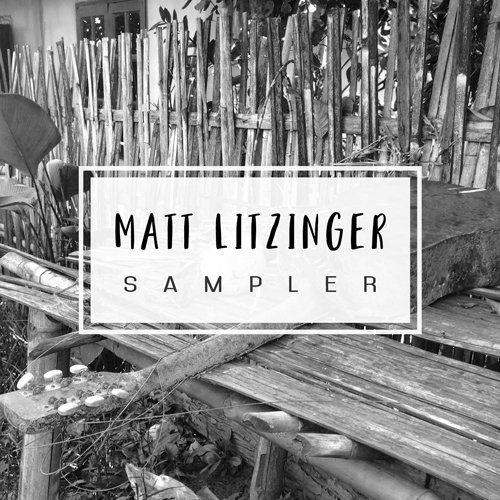